Chat with us, powered by LiveChat

Remove Sulfur Smell From Your Water

You go to your kitchen sink to start washing dishes. As you flip on your faucet, you suddenly smell a familiar and unpleasant odor. Uh oh. It’s your friend sulfur again, and it’s back with the stench of rotten eggs.

If you smell this odor and immediately know it’s sulfur, you’ve likely had this problem previously. Maybe it was in a hotel or a beach rental or another property you weren’t responsible for. This time, it’s in your home, and unless you do something about it, you’re going to have to live with it. Keep reading to discover not only why your water smells like sulfur but what you may be able to do to solve it. After all, knowing the source of the problem helps you get to the solution.

Where does sulfur come from?

Sulfur comes from a variety of different organic matter and chemical reactions. The most common include:

How is it entering my water?

High levels of sulfur bacteria (also known as hydrogen sulfide) in your home’s water supply or plumbing system will cause that unpleasant smell you’re used to identifying as rotten eggs. Yet, the source is what you truly want to discover because that’s how you’ll fix it for good. Here are a few common locations that this issue arises.

The problem with hydrogen sulfide

As you do research, you’ll likely come across the fact that – in most cases – sulfur is harmless. It smells unpleasant, discolors your food, and often impacts the taste of your food, but it isn’t harmful. So, does that mean that you can just let it go? If you can deal with the unpleasant smell and taste, then it’s fine, right? Wrong!

While low levels of sulfur won’t kill you, high levels can be bad for your health and cause serious illness. Therefore, it’s important to remedy this issue as quickly as you can once you begin to notice it. Why?

In sort, sulfur water won’t make you sick unless you have a high level. That said, if you’re tasting it in your water, you have high levels, which means it’s worth fixing if for no other reason than it can make you sick.

The simplest way to remove sulfur from your water

Looking for a simple way to remedy your water smelling like sulfur? Safeway Water has just the solution!

Your water smells like sulfur water because organic matter or a chemical reaction is occurring somewhere in your water system. It may be in your hot water, treated water or your entire system, and you won’t know until you test it. However, once you do, there are numerous reasons it’s valuable to fix it (even if there are low levels!). From stained fixtures and utensils to greater plumbing and health issues, nip this issue in the bud as soon as you begin to notice it.

Remove Sulfur From Your Water With The Sulfur Shield Water Filter 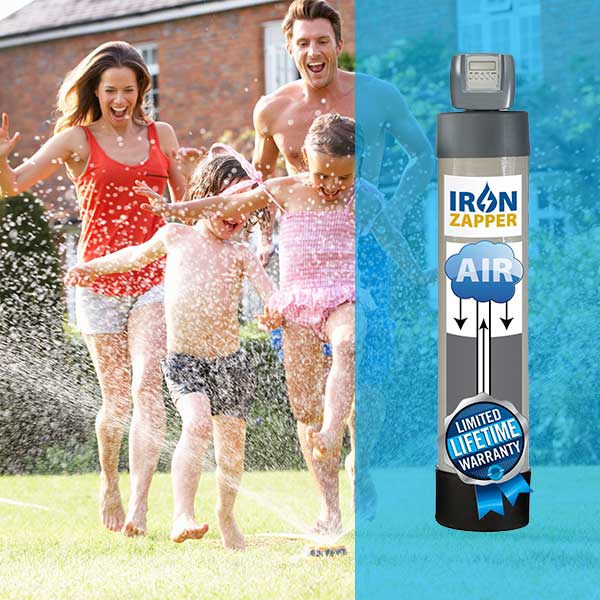 Remove Iron, Hydrogen Sulfide and Manganese From Your Water With The Iron Zapper® Systems

Call us today to see if you or your business is qualified for a free website!